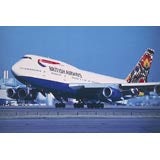 British Airways is to be the title sponsor of the Gallacher Trophy, a corporate version of golf’s Ryder Cup.

The new tournament will be held exclusively for chief executives and company directors from the US and Europe, in a format similar to the biennial competition between the European golf tour and the USPGA (United States Professional Golf Association).

Other associate sponsors include Ralph Lauren and the US news service CNN, which will publicise the event globally on its news channels.

Qualifying events will take place in September and will whittle down team members from the US and Europe to 12 apiece. The event is expected to expand when it is next held in 2003.

Former Ryder Cup captain Bernard Gallacher, and ex-US Masters champion Craig Stadler, will captain the two teams at Loch Lomond on September 22. It is expected that up to $100,000 (&£70,000) will be raised for children’s charity Unicef.

The Ryder Cup will take place a week later at the The Belfry.

Gallacher says: “Golf is probably the leading recreation among chief executives and leading business figures in the US and Europe. Events such as the Ryder Cup, the President’s Cup and the Dunhill Cup have become huge corporate events, where the world’s leading decision makers admire the world’s leading golfers.”

The Ryder Cup takes place every two years and was first played in 1927 by Europe and the top US golfers.