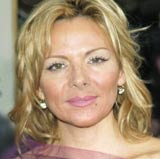 Bacardi-Martini is launching a low-calorie spirit called Island Breeze and is set to announce Sex and The City star Kim Cattral as the face of the campaign.

Island Breeze, which is made with Bacardi rum infused with fruit flavours and sucralose, a natural-sugar substitute with no caloric content, will initially be launched in the US. But insiders close to the business suggest that a global launch has not been ruled out.

Bacardi-Martini chairman of global new product development Alfredo Piedra will announce Cattral as the face for the launch later this week. Further details of the launch campaign have yet to be announced.

Island Breeze will have 18 per cent alcohol by volume and claims to have 48 calories and only 1.5 grams of carbohydrates per standard 1.5 ounce serving. The new spirit will be available in three flavours: key lime, coconut and wild berry.

Earlier this year in the UK, Bacardi-Martini appointed Fallon to the &£10m advertising brief for its Bacardi brand.

Bacardi-Martini severed its ten-year relationship with McCann Erickson in November last year after the agency failed to come up with an alternative strategy to its “Welcome to the Latin Quarter” theme (MW November 24, 2004).

The RAB is in talks with major commercial radio groups about networked programming, but critics say it should concentrate on protecting its share of advertising spend, says Caroline Parry