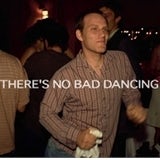 It is the first time that the drinks brand has appointed a specialist digital agency in the UK.

The appointment is the latest sign that Bacardi, in line with other alcohol brands, is keen to explore new channels for its advertising, in the light of ever-tougher restrictions on traditional advertising, and declining audiences for traditional media such as television. It is expected that both online and mobile platforms are likely areas of future activity for Bacardi.

Graphico’s appointment follows soon after Bacardi revealed it was launching an online and mobile radio station, called Bacardi B-Live, which was developed by creative agency Cake Media. The radio station, aimed at adult drinkers, has already launched in the UK, and is being rolled out around the world this month.

Other drinks brands using digital include Smirnoff, which this month launches its latest viral ad, developed by Agency Republic.