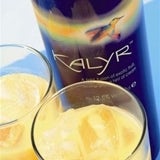 Bacardi-Martini is to axe its fruit flavoured cream-based drink, Kalyr, ahead of a national roll-out and two years after a test launch.

The launch, which was first tested in Northern Ireland in 2004 (MW April 22, 2004), would have been the company’s first foray into the cream drink market, which is dominated by rival Diageo’s Baileys.

But the spirits manufacturer has decided to scrap the launch following reports of its underperformance.

Made from exotic fruit and cream, Kalyr was aimed at 25- to 45-year-old women. At 12.5% ABV, its alcohol content was lower than its main rival Baileys.

At the time of Kalyr’s trial two years ago, the liqueurs category was seen as the one with the greatest growth potential, in the light of the slowdown in the ready-to-drink category.