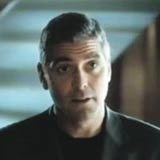 Bacardi-Martini has started a multi-million pound review of its Martini vermouth brand.

Most recently, George Clooney fronted a &£2.5m television campaign for Martini, created by Armando Testa, with the strapline: “What would you wish for?”

CDD does advertising for Bacardi Breezer and recently created the first burst for the brand’s diet version, Half Sugar (MW June 16). The outdoor advertising campaign targets 24- to 35-year-olds with the tagline: “Half of me”.

The agency was appointed to handle Bacardi Breezer without a pitch this year, after it contested Bacardi’s &£10m Carta Blanca rum brand, which it lost to Fallon.

Fallon is not involved in the Martini pitch.

In the recent past, Martini has been handled by WCRS, which created the strapline: “Martini – the perfect start to the end of the day.”

The iconic campaign of the 1970s for the brand “Any time, any place, anywhere” was created by McCann Erickson, which also held the Bacardi Breezer business until November.

The agency and the client split up after more than a decade after they had trouble agreeing on a successor to the Tom Cat campaign.

In May, Bacardi-Martini added Saatchi &amp; Saatchi to its roster after it appointed the agency to the global advertising for Dewar’s, the Scotch whisky brand.