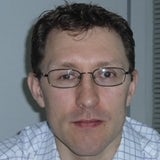 As part of his new role, Hillyer will work across Bacardi’s portfolio in order to increase consistency in marketing communications across all brands. He will also be tasked with promoting best practice and improving the level of service provided to Bacardi’s various markets.

Rainey Kelly Campbell Roalfe/Y&amp;R, which handles the business from the UK, is developing an advertising concept for use globally as Bacardi is keen to explore new avenues for advertising, following restrictions on alcohol advertising across the Continent.