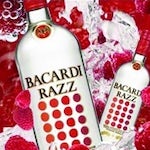 Bomhard will take responsible for commercial operations for Bacardi’s range of premium spirits within the EMEA region.

He will succeed interim president Robert Furniss-Roe, who temporarily took on the position in May 2010 alongside his role as VP of corporate planning and communications.

Bomhard will assume the Geneva-based role on October 1 and is joining from Kraft Foods, where he is president of Kraft’s European coffee business.

Bacardi president and CEO Séamus McBride says: “Stefan’s strong track record of success, leadership and expertise on a global scale in some of the best internationally known food and consumer packaged goods organisations will have an immediate impact in the region for Bacardi.

“With his marketing and business operational acumen, I am confident he will be invaluable to Bacardi in reaching growth goals for both the company and our iconic brands in the ever important growing and fast developing EMEA region.”

Prior to Kraft’s aggressive takeover of Cadbury, Bomhard was chief commerical officer at Cadbury with responsibility for the marketing, catergory and sales functions of Cadbury’s brands.

He is a former senior VP of marketing and business development for Foodsolutions at Unilever, a role he took up after joining the company in 2003. In 2006, he was promoted to the chief operating officer role at Unilever Foodsolutions Europe.

He is the latest in a long line of Cadbury staff to leave the company since Kraft acquired it in February. Cadbury’s UK marketing director Phil Rumbol has declined an opportunity to work with her in Zurich, as has Mark Reckitt, the chief strategy officer and global brand director Lee Rolston amongst other key Cadbury staff.