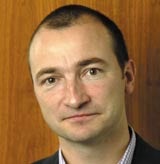 Bacardi-Martini UK has promoted Andrew Carter, formerly director of marketing for spirits, to marketing director for its entire product range, with a seat on the UK executive board.

Carter (pictured), who will report to Bacardi-Martini UK chief executive John Beard, will retain responsibility for the long-term strategic development of the Bacardi rum portfolio, Martini, Grey Goose vodka, Bombay Sapphire gin and Bacardi Breezer. He will now take on responsibility for other consumer and trade marketing, including trade marketing for brands including Jack Daniels, Southern Comfort and Finlandia vodka, which are distributed in the UK by Bacardi’s joint venture with US wine and spirits group Brown Forman.

Carter joined the company in November 2004 from Lion Nathan, where he had been director of UK/Europe and in charge of the &£9m UK relaunch of Castlemaine XXXX in 2002 (MW November 7, 2002). Prior to that, he was marketing controller at Bulmers.

In his year at Bacardi-Martini, Carter was behind the launch of the new Bacardi Carta Blanca rum advertising campaign.