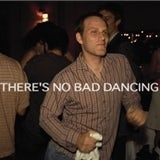 Bacardi is gearing up for a major change in marketing strategy with the launch of a global advertising campaign for the brand later this week. It includes a major shift to digital and interactive advertising through “social network” sites and blogs.

The campaign will target younger, primarily female, consumers, and aims to promote social drinking. The campaign is understood to have already been “seeded” on influential websites and blogs in a bid to gain momentum ahead of the above-the-line launch at the end of this month.

The creative idea, which is the first work created by Rainey Kelly Campbell Roalfe/Y&amp;R, with media buying by Universal McCann, is based around the strapline “You in?”, but the hub of the campaign will be a website www.youin.co.uk, where consumers will be able to listen to exclusive content and win tickets for exclusive gigs.

One industry source says that Bacardi wants the You In? idea to grow in the same way that interest grows in bands through sites like MySpace.

Bacardi has been investing heavily in music and the internet over the past year. Earlier this month, it appointed Ian James, former business development director of Chrysalis’ digital platforms division, as its first head of digital strategy. James’ appointment followed the launch in May of an integrated online and mobile radio station, Bacardi B-Live.