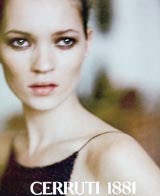 By linking up with top fashion labels, the hotel industry hopes to lure affluent travellers – eager to bask in the brand experience – through its doors, and reverse sliding profits. But with consumers feeling the pinch and increasingly uneasy about overseas travel, is the idea guaranteed a warm reception? By Branwell Johnson

Tainted by poor performance, the troubled hotel sector is experiencing a period of upheaval, with potential sell-offs and hostile bids on the agenda. Hugh Osmond’s flamboyant and aggressive attempt to take over Six Continents, and a potential hostile bid for Thistle Hotels by major shareholder Brierley Investments, have brought unexpected attention to a sector more used to labouring quietly in the background.

Six Continents’ shareholders may have voted for a demerger on April 15 that will establish the InterContinental Hotels Group, to house the brands InterContinental, Holiday Inn, Crowne Plaza and Crowne International, but there is still talk of equity houses and Osmond making another bid for the pub and hotel giant.

It’s well documented that the hotel sector has been severely hit following the September 11, 2001 terrorist attacks in the US and subsequent conflicts, as well as by the poor state of the global economy. Only last week, the Queens Moat House chain reported a &£3.8m pre-tax loss for the year to December 29, 2002, against a profit of &£4.5m for the same period in 2001. Revenue was down three per cent to &£324.4m.

The troubled hotel industry has been forced to take stock and develop new categories with the potential to provide long-term growth. One area that has come under the spotlight is upmarket “lifestyle” hotels. It is a sector that is even attracting interest from designer fashion brands such as Cerruti, which last week announced that it was teaming up with Rezidor SAS Hospitality to develop a branded hotel chain (MW last week).

While the large corporate groups have relied on business travellers, analysts claim that in the future, fast growth will come from the leisure sector.

Business travellers, forced to scale down costs by their companies troubled by an uncertain economic climate, have turned to the value category, represented by the likes of Travel Inn, Premier Lodge and Travelodge. Predictably, this category has managed to hold up, but it is already fully developed with little room for new players.

However, the development of a new category such as lifestyle hotels cannot be done overnight. And time is not a resource that many large hotel groups, subject to the short-term interests of shareholders, have at their disposal.

Julia Felton, executive director at Hotel Benchmark, a consultancy owned by Deloitte &amp; Touche, says that a flurry of flotation activity in the Nineties put many companies, such as Thistle Hotels, Millennium &amp; Copthorne, Jarvis Hotels and Six Continents (which was born out of Bass) at the beck and call of shareholders.

Six Continents’ troubles are not down to bad management, says Felton, but the fact that events are conspiring against the hotel sector, with global unrest hitting bookings as severely as in the immediate aftermath of September 11.

But Dr Crispian Tarrant, director of hotel research specialist BDRC, says the Six Continents’ management team has failed to move with the times: “I don’t think they have leveraged the brand value as much as they could have done.” He contrasts the Six Continents’ brand with that of the Holiday Inn, which has been developed well. The InterContinental brand, he says, bought by Six Continents in 1998, was in decline for more than ten years before its acquisition and is “still very much an early-Nineties experience”.

Cerruti and Rezidor are not the only companies to have recognised this trend. Italian jeweller Bulgari announced a joint venture with Marriott International in February 2001 to develop Bulgari Hotels &amp; Resorts. The first Bulgari hotel is due to open in Milan later this year. The House of Versace and the Sunland Group opened Palazzo Versace in Australia in September 2000, while Conran Design Group is behind the Great Eastern Hotel in London, and Diesel Jeans behind The Pelican in Miami Beach.

Gordon McKinnon, senior vice-president of brands at Rezidor, which is the master franchise holder for the Country Inn, Park Inn, Radisson SAS and Regent brands, says: “It’s something the hotel and fashion industry has been talking about for a long time.”

Insiders say that from the hoteliers’ viewpoint, these initiatives are about differentiating the product. “A hotel is just a hotel,” says Felton, so to encourage business the companies have to develop room design, fittings and a staying “experience”.

This lifestyle concept is a progression from the “boutique hotel”, a term which came to prominence 20 years ago and which Overlook Hospitality Management, a US hotel consultancy, defines as “the typically 50 to 100 rooms property, individually decorated in Europeanor Asian-influenced furnishings and non-chain operated”.

The development of boutique hotels coincided with the invention of the designer hotel, credited to entrepreneur Ian Schrager, who teamed up with style guru Philippe Starck to launch Morgan’s Hotel in New York in 1984. Inevitably labels blurred, chains tried to give both a boutique and designer feel to their properties and now “lifestyle” is the latest buzzword. The difference between the designer and lifestyle tags is a thin one, but Tarrant suggests that the lifestyle hotel reflects the self-image of the customer.

Rezidor’s McKinnon describes the potential clientele of lifestyle hotels as people to whom style and design are important, but who don’t want to be cheated with an inauthentic experience. The targeted age group may seem to be 3thirtysomethings, but he says that the age range is in fact wider and that it is attitude that matters. He adds that while guests may enjoy glamour and style, they “want to enjoy it at the right price”, which suggests the Cerruti Hotels will not just be for the super rich.

Working with the Cerruti brand rather than developing a new chain will give an automatic halo-effect say experts. McKinnon adds: “It will give us instant name recognition within the market and all the image transfer that will come with it.”

However, Judith Spellar, sales and marketing director at the newly launched Hand Picked Hotels group, owned by Guy and Julia Hands, says: “My view is that it’s not the name above the door, but the experience the guest receives.” She refuses to label the Hand Picked properties, saying the aim is to provide a relaxed atmosphere with interiors designed along the lines of a privately owned country house and first-class service.

She adds: “Sometimes there is the problem of a designer label being over the door and giving the hotel a halo effect and then the hotel not producing the substance. The guests, by their nature, are well-travelled and experienced and know what they want.”

Rezidor plans to build the Cerruti hotels in “new and up and coming areas of dynamic new cities” with the first to be opened in Brussels in spring 2004. The size will range from 120 to 175 rooms, while the restaurants, to be named Cerruti Cafés, wil

l “play central roles” in creating a point of difference from competitors. In contrast, the first Bulgari Hotel will have 52 rooms and a 200 sq ft presidential suite. The pricing will be premium.

Observers may wonder about the timing of these launches, but hotel development has a long lead-time and the current economic slump should be over when the doors open. “The question is, are there enough high-value customers around to sustain these properties?” says Felton. But she points out that in prosperous times people trade up and the well-heeled West has an ever-growing appetite for travel and indulgence.

Whether luxury goods should extend their brand into the hotel sector is another issue. When Bulgari made its announcement, one analyst at Morgan Stanley Dean Witter in the US said that the “Bulgari shares will be penalised by this new operation” – and they were, dropping 5.26 per cent immediately after the announcement. Observers say while luxury brands can extend into traditional products such as accessories or leather goods, hotels may be a step too far.

But Interbrand chairman Rita Clifton says that the fit should work and the fashion brands are trying to cushion themselves from a downturn in their industry, which traditionally suffers from fickle public taste and the economic cycle.

“It also gives you the chance to bring to life the brand experience in a completely different way.” She points out that Cerruti and Bulgari will have strong control of how the brand is experienced, from service and fittings to the livery and foyers. For the upscale hotels it is just a further extension of the boutique retail outlets.

Tarrant points out that in some ways “We are turning the clock back 50 or 100 years to when hotels used to be fashion icons, but the difference now is that major corporations are behind it.”

Publicly listed hotels will have to move fast to take advantage of the trend for lifestyle hotels. But shareholders tend to be interested only in short-term gains and are unlikely to have the patience for such a long-term and costly venture. Instead, the groups may find some respite from the stock market if, like Travelodge, which was bought by Permira last year, they are taken private. Then they will have the freedom to make a decision as to whether the lifestyle sector is a potential income source that should be developed.