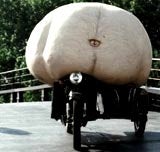 Is the Reebok brand undergoing a renaissance that could see it rise from the ashes of poor sales and falling stock prices to once more become the leader of the pack in the fashion-conscious sports-shoe market?

But in the Nineties the sports goods manufacturer – eclipsed by Nike and Adidas with their better-looking and technology driven products – saw its market share plummet and its share price fall from more than $50 (£35) in 1997 to just over $7 (£4.90) at the start of 2001.

Reebok was no longer perceived as fashionable by fitness enthusiasts and its specially cushioned DMX lines were written off as ugly and with little youth appeal.

The sports shoe manufacturer is now hoping to bounce back into the minds of consumers on a mass scale. No longer is Reebok merely focusing on the sports market like its rivals Nike and Adidas – it is training its eye on the fashion market.

Reebok UK consumer marketing manager Michael Price says: “We are essentially a sports brand that operates in a fashion market. We provide authentic shoes that perform well and look good. Nike and Adidas are only about big sporting stars, but Reebok is trying to go in a different direction. We are about everyday sports.”

To further its end, Reebok has specifically set out to create advertising which appeals to fashion-conscious 16to 24-year-olds, who buy trainers for technological features as well as looks.

In Europe, Reebok has embarked on a creative advertising approach designed to make the brand appear accessible, which contrasts starkly with the elitist sports-star led campaigns of Nike and Adidas.

The campaign, created by Lowe Lintas, highlights consumers’ down-to-earth reasons for turning to sport. It began with the much talked about “lose the beer belly” ad and has continued with another featuring a woman running away from everyday stresses.

The campaign is being fuelled in the UK by a 50 per cent increase in above-the-line advertising spend for 2001 of £2.8m.

Reebok UK sales and marketing director David Neale says: “Reebok is the brand that talks differently about sports – the real reasons why we all participate, delivered in an entertaining manner. We mix performance with style through our products. And retain a healthy, global presence in sports marketing from grass roots to the elite.”

The fresh creative approach comes at the same time as a move into retail in the UK and Europe (MW March 29). The “shop-in-shop” concept will showcase the full breadth of Reebok’s performance and fashion products. The first retail outlet at the Lakeside shopping centre in Thurrock, Essex, will be followed by six more in the UK and a further 60 across Europe.

An industry insider says: “Retail ventures for the sports footwear industry might not always promise financial returns or growing profits. Look at NikeTown – what is it, if not a gimmick? I am not sure whether Reebok’s retail ventures will help it to jump into the number one position in the market.”

However, Nike claims that its NikeTown outlets are “tremendously successful”.

Simon Knox, professor of brand marketing at Cranfield School of Business Management says that retail outlets are about building a showcase for the brand.

He says: “Reebok’s move into retail is not surprising at all. It is about developing the brand experience. Nike has done that with NikeTown, and maybe for Reebok it has been a question of following the trend.”

Neale adds: “Retail is one route for the company. But Reebok is very clear about what it is and where it is going. It is a sports brand in a fashion market and its products reflect that.”

However, the sports footwear industry is not sure whether “talking differently about sports” will help Reebok gain ground on its rivals or beat off smaller competitors, such as the so-called outdoor brands Timberland and Caterpillar, which have managed to eat away at its market share. Timberland figures for 2000 show that it now has a 2.9 per cent share of the US market, up by 0.8 per cent since 1999. These outdoor brands have introduced footwear which look like shoes but offer similar technology to trainers. Even fashion brands such as DKNY and Hermes have crossed over into the trainer market.

Reebok is certainly finding it difficult to fight the likes of Nike which, with its aggressive advertising, has been able to position itself as a highly aspirational brand and – alongside the likes of Coca-Cola and McDonald’s – as the very image of the American Dream.

In 1990 Reebok led the pack of sportswear manufacturers with a 16 per cent UK market share, ahead of Nike with 15 per cent, Hi-Tech with 14 per cent and Adidas with nine per cent. Now, Nike is understood to be market leader with Adidas in second place and Reebok hard on its heels. According to Mintel, the estimated consumer spend on sportswear in the UK was £1.13bn in 2000.

Reebok claims that its December “belly” campaign showed that there is a “very high spontaneous awareness” for the brand, above Adidas and narrowly behind Nike.

It also claims that its campaign-tracking research reveals that two-thirds of 15to 24-year-olds found that the brand was different to other sports brands; half thought the ads were better than other sports brands; and more were likely to consider buying Reebok products following the advertising.

Lowe Lintas deputy managing director Jeremy Bowles says: “For the first time the brief was to create something which talks about what the brand is really all about. It is not a flashy brand, but a straightforward one. The downside about a brand like Nike is that it is brash, arrogant and in-your-face. The Reebok brand values are quite different – it is all about regular sport.

Nike’s “Just Do It” slogan, introduced in 1988 in a major marketing assault, helped give the brand attitude and a sense of achievement.

Bowles adds: “Both Adidas and Nike seem to have an overlap in their communication to consumers. But Reebok is about something that people can relate to. Its advertising campaign talks about running to lose weight, or to be free of stress.”

However, there were concerns about whether a 16to 24-year-old target market would respond to an ad featuring a beer belly.

Bowles explains: “The agency did worry about that initially. Then again, that age group is aware of the term ‘beer belly’ and knows that it can affect it later in life.”

But analysts fear that Reebok’s positioning as a mass market brand associated with regular sports might move it too far away from its roots – the production of technically brilliant sports shoes.

“The brand essence has to have sports and athletics in it, otherwise Reebok could lose its powerful generic roots,” says Value Engineers development director Graham Harding. “While the Reebok advertising is an attempt to give more attitude to the brand, the question remains whether there is enough sport in the brand’s DNA.”

He adds: “Reebok is not a sexy brand. That is where it suffers. But Nike as a brand has a greater understanding of what motivates people. Nike will survive. Adidas’ sporting position as a brand is also extremely powerful.”

Reebok maintains that it remains rooted in performance and sport, but has managed to combine this positioning with fashion and comfort. It plans to launch a “revolutionary” shoe in December this year and has given its DMX range – once known as the “ugly shoes”- a fashion update.

Rival brands – Nike and Adidas – claim to remain true to their sporting roots, refusing to pander to the fashion market.

A Nike spokeswoman says: “Nike is a sports heritage company. The shoes are designed for function and look good, but they never stray away from being sportswear. We do not set out to target the fashion market, but it is a different matter if consumers buy a trainer if it looks good.”

The company recently launched Nike Shox, a premium-priced product, engineered to incorporate specially made foam normally found only in the shock absorbers of Formula One cars to add spring, flexibility and maximise performance.

An Adidas spokesman says: “We are the oldest and the most authentic sportswear brand. But as a brand we have never targeted the fashion market, since that market itself has embodied sports. Look at fashion brands such as Prada and Gap, which are now trying to steal away some of the market share of sportswear brands.”

Nevertheless, Nike and Adidas have managed to fuse the line between fashion and sport.

Simon Knox adds: “Most people who wear trainers these days do not necessarily wear them for sports, but as casual wear and in a fashion environment.” He claims that Nike began the move into the mass market when it started driving down prices of its products.

Reebok will have to do more than deliver entertaining advertising in order to shake off its dated Eighties image. The launch of more desirable products, such as its fashionable retro brand Pumps, could be the second step in its attempt to bounce back to the top of the sportswear league table.