The horseracing industry taskforce has been looking into how to attract more people to its events (and to support it through betting). Of ten recommendations it made, one is to replace fractional odds with decimals. So odds currently quoted as 6/4 would become 1.5/1, for example.

What worries Racing for Change is that understanding odds is too off-putting for punters, especially younger ones who are only used to decimals and percentages. The proposal has unsurprisingly met with a lot of criticism. One concern is that odds will lose the finesse which bookies apply to try and balance a field.

Nearly four decades after the country decimalised, the proposals look like evidence that British culture may be passing from its Imperial heritage into a new, metricised era. While some elements will undoubtedly continue, like measuring in pints or setting speed limits in miles, those born into decimals are simply not familiar with any base other than ten.

Further evidence of how the human brain struggles with complex number tasks has just emerged from a neuroscience experiment carried out at Stanford University by Professor Baba Shiv. Several dozen undergraduates were divided into two groups. One set was asked to remember a two-digit number, the other a seven-digit number.

Then the students had to walk down a hallway and choose between a piece of chocolate cake or a fruit salad. Those given seven digits to remember were twice as likely to choose cake as those only recalling two. The Professor has surmised that remembering the extra five digits added to the brain’s cognitive load and weakened willpower.

Both the experiment and the Racing for Change test have important implications for marketing. They suggest that there is a right and wrong way to use numbers in consumer propositions. So the classic “nine out of ten cats” finding might be better understood if expressed as “cats chose 9/1 in favour of…”

Equally, it might be possible to entice consumers to make an unnecessary purchase by taxing their brain with numbers first. So forget the rules about keeping phone numbers until the end of DRTV commercials – get them out early, then hit the viewer with a sucker punch. 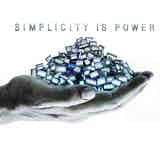