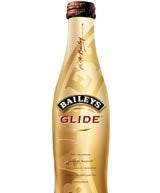 Diageo GB is planning a second brand extension for Baileys with a sachet version of the liqueur called Baileys with Coffee.

The launch will be made available in single-serve sachets and will target consumers who want to infuse coffee with Baileys liqueur.

It is being trialled in various supermarkets in packs of 12 and 24 before being launched nationally.

One industry insider says: “Baileys with Coffee will be primarily for women who lunch and want something stronger than coffee. But it is still being debated whether the product will be sold through aisles selling tea and coffee or placed alongside Baileys Glide [in the alcohol aisle].”

Glide, which was launched two years ago, was Baileys’ first brand extension and is a lower-alcohol “long” version of the drink (MW December 12, 2002).

Baileys Glide is four per cent alcohol by volume, about a quarter of the strength of the core product, which is 17 per cent.

A spokesman for Diageo GB says: “We never talk about innovation in the market before we are ready to roll out a product.”

The Baileys brand holds a 62.2 per cent share of the cream liqueur market according to figures from AC Nielsen for the year ending February 2004 .