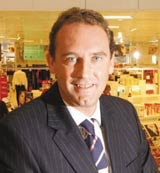 No one can accuse new Boots chief executive Richard Baker, who arrived at the helm just over a month ago from Asda, of not acting quickly enough when he restructured the management team this week.

Coming from the UK’s second-largest supermarket, he knows the true extent of the competition that Boots is up against.

Reported to be shocked by a lack of store focus at head office, he has set about making changes and is on the hunt for a retail director to help him. For Ann Francke – a packaged goods marketer who was hired by the old management regime – that was always going to spell trouble.

With Francke out of the way and Baker’s focus on the retail operation to the fore, the outcome of the £44m UK marketing services review could be very different. Francke is known to have a close relationship with Abbott Mead Vickers.BBDO and was thought to have been impressed with Mother, which has an unproven track record when it comes to handling a major retailer. That leaves incumbent J Walter Thompson and Publicis. Baker worked with the latter at Asda when he was marketing director.

It remains to be seen how many more marketers will follow Francke. The marketing department is in the midst of a consultation that is likely to result in at least a third of its retail marketers being made redundant. Six months ago, Boots announced it would be making up to 500 head office redundancies in order to save £100m. Many think Baker will look at making more cuts.

Since his arrival, Baker has asked various departments to make cuts to their budgets with the aim of redirecting savings to hire extra staff for the Christmas period. He has also reportedly given store managers greater freedom over promotions, while head office employees have been ordered to spend some time in the stores.

A Boots spokesman says: “His priority is the stores, which he is visiting, and listening to what people are saying about possible changes.”

One of the greatest problems facing Boots is supermarket competition. Boots has tried to extend its business into other areas, such as its ill-fated experiments with Wellbeing services and the Pure Beauty retail format. It is now concentrating on its core health and beauty offering by trying to get customers to sample new products with its New @ Boots range, and is reverting to a focus on gifts by devoting up to ten per cent more floorspace on them.

But there is more work to be done. Richard Ratner, a retail analyst at Seymour Pierce says: “The stores are awful. Boots has underinvested in them for years and now it is paying for it.”

He believes that there are too many stores, many of which are under-performing.

Baker not only has to consider whether to offload some stores, but also what to do with Boots Healthcare International, the unit that manufactures brands such as Clearasil and Strepsils.

Whatever choice he makes, Baker will need to recruit retail experts, and where better to turn to than his former employer Asda?