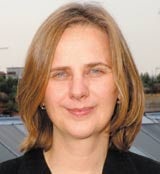 For the past two years or more, advertisers and their media agencies have used Marketing Week’s annual TV conference to call for a trade body or some other marketing initiative to market TV as a medium. They have continually expressed disappointment at the lack of progress. This year’s TV 2004 conference, held last week in London, proved to be no exception. Toyota commercial director Paul Philpott said “Nothing has changed. No TV consortium. No joint marketing initiative and no generic promotion of television.”

And, until a few weeks ago, broadcasters seemed to be in danger of ignoring advertisers’ yet again. To be fair, they’ve had other issues on their minds, such as the merger of Carlton and Granada and the consequential complexities of the CRR remedy.

But just before the conference a consortium of the largest commercial broadcasters, including Channel 4, ITV and BSkyB, commissioned the Ingram Partnership to undertake research to find out exactly what it was that advertisers and their agencies wanted. At the conference last week, Andy Tilley, founding partner of the Ingram Partnership, unsurprisingly, revealed that the generic marketing of TV as a medium was considered to be ‘pretty poor’. But what to do?

A ‘significant number’, of those interviewed so far, are said to want some form of marketing organisation, with many quoting the Radio Advertising Bureau as a suitable model. Yet, Tilley pointed out that the TV industry is not in the same position as radio was when the RAB was established: it is the dominant advertising medium trying to defend its share of the marketing budget in an environment where advertisers are considering shifting spend into other forms of communication, notably point of purchase and below-the-line activities. By contrast, when the RAB was launched, radio was a fledgling medium able to make quick gains against other traditional media by adopting a generic approach to marketing. Tilley also revealed that not every one wants a TV Advertising Bureau, with one advertiser fearing that it would only serve to push up prices.

But it is not just about price, surely. It is about ensuring the long-term viability of the medium. Despite the cost of TV being as it was in John Major’s time, there are concerns about its future. The world has moved on: TV and media in general have become more fragmented and new technology, such as broadband and PVRs, threaten to undermine TV advertising as viewers watch programmes in different ways. Not only do advertisers want to see research that demonstrates the continued power of TV, they want support from broadcasters in devising a better environment for their ads, in campaigning for regulatory changes that would allow them greater freedom and in creating solutions for their specific businesses.

It is a two-way street. Unless the industry helps marketers to convince their colleagues in the finance department of the power of TV and why they should use it then their continued support may start to wane. Hopefully, over the next 12 months TV broadcasters will actually respond to advertisers’ pleas of by taking steps to market TV as a generic medium.