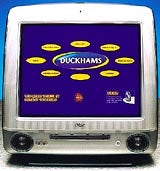 The appointment follows BP’s acquisition of Burmah Castrol last year for £3bn. Castrol consolidated its £15m European advertising account into Banks Hoggins and Springer &amp; Jacoby in May last year, ending its 20-year relationship with Bates. Castrol is understood to spend about £3m in the UK, where it is handled by Banks Hoggins.

BP is only interested in keeping Burmah Castrol’s lubricant business, which is being merged with Duckhams. It is in the process of trying to sell Burmah Castrol’s chemicals business for about £800m.

Global tie-ups have been developed with brands such as Formula 1 and BMW, which refers to Castrol as a supplier of choice in its literature.

Castrol has also adopted a strategy of expanding into developing markets such as India and China.