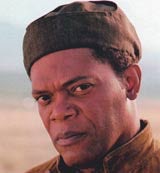 Abbey National, under new chief executive Luqman Arnold, last week sacked the bank’s agency of nine years, Euro RSCG Wnek Gosper, and moved its £18.1m account into TBWA following a pitch. Just what the new positioning will be is being kept under wraps. Sources refuse to rule out Kemp featuring in future Abbey ads, though they have suggested this is unlikely.

However, the fact that high street banks, the guardians of financial rectitude, should choose actors noted for their portrayal of criminal characters to promote their brand images is evidence of just how far they will go to stand out from the crowd.

It may also be an attempt by the banks to distance themselves from the paternalistic image of the bank manager, a stern moralist only too ready to tell customers off for being overdrawn, and to criticise them for handling their finances badly. A morally superior tone and apparent “parental” righteousness when compared to the customers’ “childish”, self-indulgent attitude to money has also tarnished banks’ reputations.

By associating their brands with actors that have portrayed gangsters, it seems the banks are taking the moral low-ground, allowing the customer to feel morally superior. One Abbey source admits that using Kemp, who has a reputation for portraying sleazy characters, is a radical move that brings the bank down to a popular level.

But Barclays claims that Jackson was chosen not for portrayal of a killer, but for his “authority” and his “cool” image among 20to 35year-olds – just the age group, incidentally, whose finances are likely to be in a mess and who may have memories of banks refusing them overdrafts while at university. It denies trying to adopt a low moral tone. A Barclays spokesman says: “We are not trying to appear morally superior or inferior. We are just saying we know about money.” The spokesman also claims Jackson was chosen for his ability to deliver monologues, rather than his portrayal of gangsters, and that he is famous for roles other than gangsters, such as playing one of the Jedi Knights in Star Wars.

Most advertising sources say that Jackson and Kemp are just celebrities. But the press continues to make much of the actors’ representations of characters that are associated with crime. Tabloids refer to Kemp as “East End bad boy” on the back of his roles in The Krays and EastEnders, and most national press articles about the Jackson campaign have made reference to the actor’s roles as gangsters or criminals.

Industry sources say the reason banks take such an extreme approach in personalising themselves to the public is that they are constantly battling to stand out. Halifax uses cuddly Howard Brown, and Abbey’s Kemp campaign is the polar opposite. Lloyds TSB used similarly cuddly Cold Feet actor John Thomson in a campaign last year, so Barclays’ Jackson ads contrast with those.

Banks have tried to make their ad campaigns work harder in recent years, as the big four struggle to fight off rivalry from the internet’s financial offerings, direct banks and the demutualised building societies. This has created a scramble for market share and a war over interest rates on current accounts and loans.

But the banks have an ambivalent attitude to advertising. They spend heavily on it, but hire and fire agencies at an alarming rate, often without a full pitch. Many launch and drop campaigns every couple of years. If Abbey adopts a new ad strategy through TBWA, it will be the bank’s fourth new campaign in two years.

The big four all shifted agency in 2001. Barclays dropped Leagas Delaney after three years and moved into Bartle Bogle Hegarty without a pitch. NatWest dropped TBWA after two years and, again, without a full procurement process, appointed M&C Saatchi. Lloyds TSB moved out of Saatchi &amp; Saatchi, where it had been for three years, to move into Rainey Kelly Campbell Roalfe/Y&R after a pitch, though this relationship hasn’t run smoothly as Rainey Kelly has dropped the John Thomson-fronted ads and are recycling the black horse logo. HSBC, a collection of unconnected bank subsidiaries united under a meaningless logo, moved all its advertising into Lowe.

For all this activity, there is still very little to distinguish one bank from another. According to brand consultant Rita Clifton, chairman of Interbrand, banks fail all the basic brand tests. They are not distinctive from each other, they rarely show “leadership” and, worst of all, they have inconsistent images as they change ad strategies every two or three years.

She explains why they spend so much on advertising: “If you haven’t got a natural big product advantage, you look somewhere else for that advantage. If you can’t do it on the level of product, you try and find other levers, and advertising is a high-profile lever.”

Using actors known for their portrayal of gangsters or criminals is a striking way for banks to stand out when their rivals are using cuddly front men. It will be fascinating to see just what approach TBWA will use to make Abbey National stand out from an undistinguished crowd.