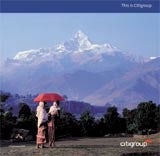 It has long since been proven that might is right in many areas of the British financial services market. It is surprising, then that so few US banking giants have gone on the offensive to carve out a place in the UK.

In some areas of financial services, US companies have managed to break into the market and, encouraged by their success, are now boosting their firepower. Credit card company Capital One is reviewing its advertising roster, while investment bank JP Morgan has appointed UK financial services specialist agency CCHM:Ping to help it rebrand (MW January 6).

Taking their lead, one of the US’s largest investment and insurance companies, The Hartford Financial Services Group, has announced its intention to enter the UK market for the first time and is looking for an ad agency (MW last week).

The 200-year-old company is well-known in the US insurance and investment market – where it is the largest seller of individual annuities – but its reputation has yet to cross the Atlantic.

In order to build its brand in the UK, one source says, the company will focus on corporate advertising campaigns, while selling its products through intermediaries. He says the company sees itself as following in the footsteps of US investment and insurance company Fidelity, which already has strong brand recognition in the UK.

Fidelity, along with credit card issuers Capital One and MBNA, has become a household name in the UK.

But while some US credit card and investment and insurance businesses have made their mark in the UK, US players in other sectors have yet to do so.

It is remarkable how unknown several of the top global banks by market capitalisation are in the UK. While RBS and HSBC, sixth- and third-largest respectively, are well-known to UK consumers, it is likely the casual investor would struggle to know much about leading player Citigroup, never mind fifth-ranked Wells Fargo and eighth-placed Wachovia.

Part of the reason for the lack of a large US presence in UK banking is cultural, according to Philip Hawkins, deputy managing director of financial services agency Citigate Albert Frank.

Hawkins says the British public has little interest in investment, which in turn means there is little incentive for US companies to try to crack the market. “The US is a much more mature investor market,” he adds.

Andrew Porter, chief executive of agency Masius, says that US companies need to understand national peculiarities. He adds that some US brands go so far as to play down their nationality.

Fidelity, Porter says, has successfully used its background in its marketing, and boasted of being the largest fund manager in the world. But Capital One is unlikely to be seen as “American” by the British public. Its global brand – under the tagline “What’s in Your Wallet?” – has no defining national characteristics. Such an “act global, think local” approach has, says Porter, also been successfully employed by HSBC, the “world’s local bank”.

Some US companies have drawn on their home-grown marketing experience to make waves in the UK, says Financial Services Forum chairman Anthony Thompson. He adds that US financial services providers have been innovators, pointing to Capital One’s dynamic pricing as an example. Direct marketing, pioneered by US credit card companies, is used to good effect in the UK by Capital One and MBNA.

Although US credit card brands and investment companies have made inroads in the UK, the market could prove too small, crowded and competitive to interest the US banking giants, according to Thompson. He points to a recent conversation with Vernon Hill III, founder and president of Commerce Bank, the fastest-growing bank in North America. Hill said analysts would “crucify him” if he took his eye off the US market, which he believes has more growth potential.

Commerce Bank’s decision could be wise – history is full of financial services companies that failed to gauge the UK market correctly. CCHM:Ping managing director Paul Gordon says this is often because US companies have shipped over American employees with little knowledge of the UK market, rather than relying on local advice.

But US brands might appear soon in the British banking sector should consolidation of the UK market continue, although European rivals have been ahead of the US brands so far, says Gordon, pointing to the recent purchase of Abbey by Banco Santander Central Hispano.

But, Gordon says, with the rumours that US companies such as Citigroup are circling UK stalwarts Lloyds TSB and Barclays, this could all change: “UK banking consolidation offers a big opportunity for US brands. In a few years time, the markets might seem a lot closer together.”