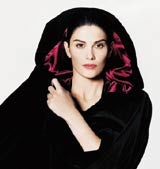 Hoban, the head of brand at Barclays-owned Barclaycard, will start his new job in October and will report to Nathan Moss, managing director of marketing and distribution at the Edinburgh-based life and pensions firm.

Rees, a marketing troubleshooter and co-founder of Freestyle, was brought in as a consultant following the resignation of Scottish Widows marketing director Peter Jordan. He was put in charge of relaunching and repositioning the brand.

Under his directive Scottish Widows launched a review of its &£5m advertising business, which had been held by Citigate Albert Frank (now The Gate) for more than 17 years. The business was awarded to Leo Burnett. Rees also trimmed down Scottish Widows’ agency roster. WCRS and Family were among the agencies culled from the list.

He has also been responsible for introducing the new “widow”, 21-year-old Hayley Hunt, who replaces Amanda Lamb. Hunt will star in Scottish Widows’ print media campaign, which breaks in September, and in its television ad campaign, due in the New Year.

The new campaign, which supports the relaunch and repositioning, of the brand was created by Leo Burnett.

Great to see a typically London-centric view of life outside the metropolis (Diary, MW last week): “Leeds is a rather Footballers’ Wives-esque city somewhere north of Watford”. With this kind of sweeping and ill-informed “insight”, it is hardly surprising that many (London-based) agencies and media folk often miss out on having any depth of understanding […]

In the depths of 17th- and 18th-century winters, London played host to frost fairs. Ox-roasts, fairground stalls and performing animals all took place atop the thick ice that covered the Thames. Since the end of the Little Ice Age, and the removal of the old London Bridge (its narrow arches, according to the River Thames […]

Aviva is to halve the size of the RAC’s marketing department, with the loss of up to 30 jobs, following its £1.1bn takeover of the motoring services company earlier this year. The RAC’s 60 marketers were told yesterday (Tuesday) that their roles are being scrapped but that they could reapply for one of about 30 […]