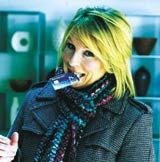 As Barclaycard International’s first global direct marketing agency, EHS Brann will work with the central marketing team, focusing on the key European markets of Germany, Italy and Spain. In these markets, the agency will help Barclaycard capitalise on its links with Barclays, which has a higher profile in Europe. Barclaycard wants to maximise the impact of its current sponsorship deals and establish other brand alliances.

EHS Brann has been working with Barclaycard International on a project basis in an attempt to boost the company’s profile in Europe and increase its market share. It will also offer marketing support and advice in new markets such as Asia or Africa, where Barclaycard is seeking better penetratration.

EHS Brann Discovery, the data division of the EHS Brann Group, will handle the data planning side of the business.

Barclaycard International European marketing director Richard Harvey says: “The focus is very much on growth for us and to penetrate these markets successfully we recognised that we needed a central strategic agency that could co-ordinate our marketing activity and ensure we weren’t starting from scratch each time.”

Barclaycard UK marketing director Alison Hutchison moved to the international side of the business last year as commercial director for territories outside the UK after her role was axed as part of a restructure.