The brand will introduce a new set of T&Cs later this year that it hopes will make them more understandable and accessible.

She adds that although there are compliance requirements there is scope to produce a “document people want to read” that “my mum would understand”.

“We want consumers to understand what they’re getting into, to open our doors…….[T&Cs should not be about] what we want you to know but what you need to know before using the card”, she says.

The work on T&Cs is part of a wider effort to improve transparency and customer experience.

To this end, it is also looking to put an end to the ‘computer says no’ approach when declining customers that have applied for a credit card by explaining why their application was rejected and what the alternatives might be.

“Its about giving reasons. ‘Its a risk-based decision’ is the only thing communicated. It’s like the black box of our business – smart risk people making decisions but we want to blow that open. We’re not going to give anything proprietary away about how we make our decisions but we will give people ideas.”

Elsewhere, Barclaycard plans to push deeper into the loyalty and rewards market this year following the introduction of loyalty credit card Freedom and daily deals like service Bespoke over the last 18 months .

Plans are under-wraps but Whitton says it is “determined” to make Freedom “more than the programme attached to a piece of plastic”. Separately, Whitton says the product of its partnership with Amex will see the introduction of a something “with a different rewards structure appealing to a different kind of consumer”. 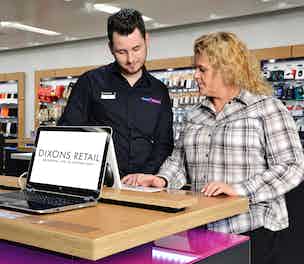 Marketing Week went to the official launch event for Vodafone’s new marketing programme, Firsts, and spoke to global brand director Barbara Haase about how it hopes the strategy will inspire consumers worldwide.