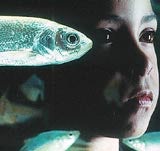 Bothwell will head the team that oversees all advertising, market research and marketing support. Each Barclays business unit is expected to use the centres of excellence when devising marketing campaigns. Gulliford created Bothwell’s new position to further integrate Barclays’ marketing operations.

As part of the changes to the centres of excellence team, Sara Deeks, who had been acting head of customer insight since December, will take on the role permanently.

Bothwell took over from Deeks as business banking marketing director when he joined Barclays in March 2002. Deeks became change director, and last year was responsible for overseeing the implementation of Gulliford’s marketing structure.

Bothwell will also caretake the role of business banking marketing director until a replacement is found.

In December, Barclays warned that 2002 pre-tax profits would be at the lower end of expectations of &£3.19bn to &£3.68bn. Its investment subsidiary, Barclays Capital, is understood to be cutting 3.5 per cent of its workforce.

Carphone Warehouse will launch its first fixed-line telephone service for consumers on Monday, and hopes to sign up more than 200,000 customers over the next 12 months. The service, called Talktalk, which uses the tagline “landline calls for less”, will run over the Opal Telecom network, acquired by Carphone Warehouse last November (MW November 14, […]

J Walter Thompson has created a TV ad for Vodafone, to coincide with Valentine’s Day. The ad will run throughout February and be accompanied by a press and radio campaign.

The Telegraph Group has picked up Â£450,000 worth of business with two sponsored supplements. The first will be a Sunday Telegraph Cricket World Cup supplement, sponsored by South African Airlines, and the second a health supplement sponsored