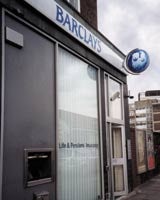 Since Barclays acquired The Woolwich in 2000, the former building society has dipped below the radar in terms of marketing and advertising, and has shed a quarter of its branches.

However, after being repositioned as its parent company’s mortgage subsidiary, Woolwich – now shorn of its “The” prefix – is set to raise its profile in the coming year as part of a new strategy for Barclays, where it promotes different brands within its branches.

Since the arrival of Jim Hytner as group marketing director from ITV a year ago, Barclays has undergone a branding revamp. Hytner has attempted to inject “wit and warmth” into the brand – something that may well be related to the relaunch of Woolwich, which is seen as a “cuddlier” financial brand.

Tim Kiy has been installed as Woolwich’s first marketing director in almost five years, and Barclays has announced an extra &£10m will be added to the marketing budget to help revitalise the brand (MW last week). At present, Woolwich’s marketing spend is believed to be about &£5m. Barclays’ agency, Bartle Bogle Hegarty, is to devise new advertising, although the company says it does not expect to reprise the iconic “We’re with The Woolwich” slogan.

Lucian Camp, chairman of financial specialist agency CCHM:Ping, says the move could indicate a new attitude at Barclays. “It looked as though Woolwich was on the way out, but it is back from the dead. That’s a sign of a change of heart at Barclays headquarters,” he says.

Camp adds that in recent years, Barclays has seemed unsure of whether to follow the lead of HSBC, which consumes the brands it acquires and offers only HSBC products, or mimic HBOS, which offers a range of differently branded services. All mortgages available from Barclays are now branded Woolwich.

Despite Hytner’s best efforts, Barclays’ reputation is still hard-nosed, while Woolwich has a much friendlier image, and a good reputation as a mortgage lender. Camp adds: “Barclays has really struggled to find a set of brand clothes it feels comfortable in.”

Camp says consumers show antipathy towards most financial organisations, but adds: “Any brand that has building society flavouring sprinkled over it tends to be viewed with a lot less hostility”.

Hytner appears to concur, saying that Woolwich “is seen as a very trusted and warm brand” that customers can relate to, which is an important factor when people take the “emotional” decision to borrow large sums. He adds that the time is right for the resurrection of Woolwich.

“Woolwich is very much a mortgage brand and it may give it extra credibility,” says Camp. “People equate mortgages with former building societies rather than banks. In many ways, Woolwich provides Barclays with an alternative image.

“If you ask most people what had happened to The Woolwich they wouldn’t be aware of its short-term history – so bringing the brand back to life shouldn’t be too hard.”