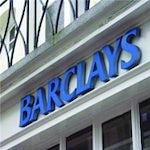 The company posted a 92% increase in pre-tax profit for 2009, boosted by the sale of its BGI fund management arm to BlackRock last year and the performance of its Barclays Capital investment banking business.

Excluding income from the BGI sale, profits increased to £5.3bn.

Despite its investment banking gains, some of the bank’s retail operations saw declining profit as “economic conditions remained challenging”.

The restructure came two weeks ahead of the departure of global retail and commercial banking and Barclaycard chief marketing officer Libby Chambers.

In a statement accompanying the results, Barclays group chairman Marcus Agius says that the “bond of trust between banks and their stakeholders has been significantly weakened by the events of the last three years”, adding that need to acknowledge their mistakes and find a way of doing business that “serves society”.