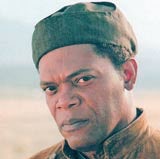 Barclays Bank is to sponsor London Underground’s Bank station for 12 months. The deal, which will run for a year with creative work occupying 75 per cent of the station area, will be the largest Tube station sponsorship to date.

Most of the Northern Line and Waterloo &amp; City Line platforms at Bank will be taken up by the Barclays “exhibition”. Walkways, escalators and ticket machines will also carry the ads. Bank is one of London’s busiest Tube stations.

The campaign – overseen by senior marketing director George Bothwell – will feature a history of money, quotes about finance from famous people such as Henry Ford, Warren Buffet and George Bernard Shaw, as well as statistics about spending. The project is designed to exploit the connection between Barclays and the name of the Underground station.

The exhibition is intended to coincide with the second phase of Barclays’ “Fluent in Finance” TV ad featuring Samuel L Jackson. A dedicated website has also been created.

Barclays intends to develop how it uses the space over the year inviting, for instance, contributions from outside parties.

Animated characters the T-Birds, which replaced the iconic PG Tips chimpanzees, are returning to screens to launch the PG Tips’ new Freeflow pyramid bag. The tea bag is made from a material which PG Tips claims allows the tea to move around more freely, and thus release more flavour. The campaign, created by BMP DDB, […]

CheethamBellJWT has created a cinema slide campaign for soft drink Vimto to be screened alongside summer films aimed at children, such as Pirates of the Caribbean.