The bank’s chief executive Anthony Jenkins told reporters on a conference call this morning that the bank has started to put the LIBOR rate rigging scandal and its role in the mis-selling of payment protection insurance behind it.

Barclays makes staff take a training programme to “embed” its values and will extend the performance review system introduced for managing directors in 2013 that sees performance judged by exhibiting “the right values and behaviours,” as well as sales to all staff in 2014.

It also announced it will publish a score card annually on performance in terms of “5Cs” – customer and client, colleague, citizenship, conduct and company.

The bank has published eight measures it will be judged against and its targets for 2014. For example, it aims to be ranked first among rivals for “net promoter score” and finish in the top 3 for customer satisfaction in the sector.

Jenkins said the bank is in a “very different place, a much more positive place” than a year ago. He added: “2014 will be a pivotal year in our transformation. There is more to come [in terms of measures to improve perception and performance].

YouGov BrandIndex data does confirm that Barclays has seen some uplift in brand perception over the last 12 months. Its Buzz score, a balance of the positive and negative things people have heard about the brand – has improved by what YouGov sees as a “significant” amount in the 12 months to 10 February.

However, it still sits 25th in a list of 27 banks and saw its Index score – an average of how people rate the bank for impression, quality, value, recommendation and satisfaction – fall slightly over the same period.

The bank’s pre-tax profit fell 32 per cent to £5.2bn in the 12 months to 31 December. Profit was hit legal costs and a 37 per cent drop in revenue from its investment banking arm. 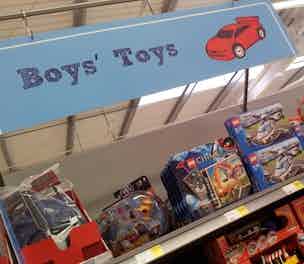 Morrisons is planning to switch from gender to price-based toy marketing in its stores as pressure grows on retailers to end stereotyping and adopt gender-neutral toy marketing. 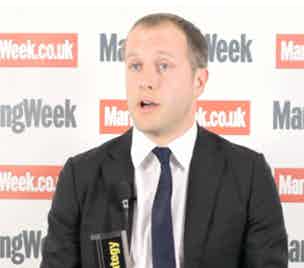 Data Strategy Awards winners expect trends such as “small data” and mobile and geo-location initiatives to emerge during the coming year. Watch what these experts had to say after carrying off their trophies at the recent awards gala evening.