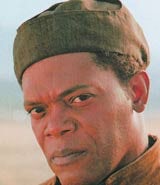 Barclays Bank brand strategy director Caitlin Thomas has left the bank after seven years to set up business on her own.

She becomes the latest in a succession of departures from Barclays’ marketing department. Thomas was responsible for advertising, brand and sponsorship for Barclays. She reported to Simon Gulliford, director of marketing and communication.

Thomas was instrumental in setting up the bank’s “Fluent in Finance” campaign, created by Bartle Bogle Hegarty and featuring actor Samuel L Jackson. She was also substantially involved with Barclays’ 1999 brand review, the development of its new visual identity, and last year’s marketing restructure (MW December 12, 2002).

In June, Barclays again reshuffled its marketing department after announcing that senior marketer George Bothwell was leaving the company (MW July 17). A spokesman for Barclays says it is looking externally and internally for a replacement for Thomas. He says her departure will not affect the direction of the bank’s advertising.