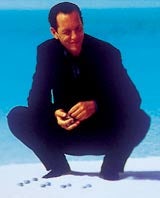 Barclays Bank is understood to be pulling the plug on telephone and Internet operation B2 following months of speculation about its future.

The bank is thought to have spent more than &£20m on advertising the operation since its launch almost two years ago.

The Barclays board made the decision to wind down B2 late last week, after failing to attract enough new investors – only 15,000 according to industry estimates.

A spokeswoman for Barclays denies the brand is being axed: “We are just shifting the focus away from recruitment to concentrate on our existing customers. We are also starting to take more funds in Barclays branches.”

Earlier this year, the bank strenuously denied reports that it was planning to let the operation “wither and die” and ploughed up to &£3m into a last-ditch marketing offensive to relaunch the business.