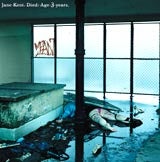 A poster campaign for children’s charity Barnado’s, which features pictures of dead people, has escaped the wrath of the Advertising Standards Authority (ASA).

The three posters showed the bodies of two young men and a woman who had committed suicide as adults following childhood abuse or neglect.

A fourth execution featured a 22-year-old prostitute who had been battered to death by her pimp.

The ads urge people to give to the charity, which helps children suffering from poverty, physical or sexual abuse, prejudice or exclusion.

Despite receiving 15 complaints from people who objected to the images on the grounds that they were “offensive and extremely distressing”, the ASA ruled that the campaign, created by Bartle Bogle Hegarty, was unlikely to cause distress or serious offence.

The charity has said it will amend one of the ads, which shows a man’s body hanging from a garage ceiling, after talking to the Committee of Advertising Practice copy advice team.

The ASA also ruled in favour of a poster campaign for Blueridge wine which carried the strapline “Jesus was born in a trough Bulgarian Blueridge – does it matter where it comes from?”. The ad, by M&C Saatchi, attracted 19 complaints.