The airline’s brand Buzz, a measure of whether people have heard positive or negative statements about the brand, has slid dramatically since the strike action began.

But its Corporate Reputation rating has also been dented. This is based on asking people would they be proud or embarrassed to work for the brand if they were doing the role they currently do.

The Corporate Reputation score peaked this year at 26.7, ahead of the first cabin crew strike in March. But once strike action by Unite union members began it dropped to -8.8 by the end of the month.

British Airways and Unite have been battling for public sympathy in the media. BA is hoping to rally public support with a series of press ads this week under the banner “We are keeping the flag flying”. It has also painted the “Keep the flag flying” slogan along its aircraft fuselages to underline the message that it will continue to fly throughout the 15 days of strikes planned by the Unite union.

Simon Middleton, of strategic brand consultancy Brand Strategy Guru, says: “BA has to start telling a positive and convincing story about what makes the brand special. Why should we fly BA? Why is it worthy of our attention?”

Middleton says the airline must also “demonstrate it is being constructive and pragmatic in its talks with Unite”. Whether the strikes are justified or not, he says, “thousands of Unite members are clearly unhappy and Willie Walsh needs to appear mature and constructive in talking to them.”

He also says Unite’s brand could be damaged by the action, as most people in Britain view the strike as unjustified. 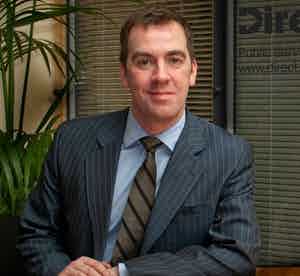 Confused.com has appointed Directgov marketer Mike Hoban as it looks to stand out in the fiercely competitive price comparison sector.

It seems that online video is making something of a comeback with brands noting the renewed interest in video on demand (VOD) and wanting to be part of the mix.

The number and breadth of brands involved in Unilever’s acquisition of the Personal Care and European Laundry business of the Sara Lee Corporation will now see the deal analysed market by market by the European Commission (EC).