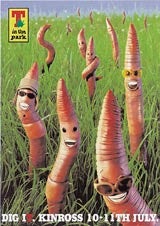 Tennent Caledonian Breweries, owned by Bass Brewers, is testing a premium draught version of Tennent’s Lager in a three-month trial in Scotland.

Bass markets Carling as its English lager and Tennent’s Lager as its Scottish brand. Five is positioned to rival stronger continental lagers such as Stella Artois, Beck’s and Kronenberg, which have gained in popularity among younger drinkers.

A Bass spokesman says the company will undergo a lengthy decision-making process to decide whether to roll out Five across Scotland. “We would like to see a Tennent’s lager brand for every drinking occasion. We’ve done a lot of research into consumer drinking and there is a demand for a brand as strong as Tennent’s Lager in a premium form,” he says.

The company says Five will not replace Tennent’s Lager, which it claims has a retail value of &£300m.

The Leith Agency, which handles advertising for Tennent’s Lager and the widget ale brand Tennent’s Velvet, has been helping to develop the Five brand. It has also created a campaign for Tennent’s title sponsorship of the music festival T in the Park.