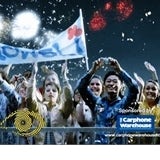 Carphone Warehouse boss Charles Dunstone seemingly hit upon a winning idea with his ‘free’ broadband offer. But he has acquired a host of fiercely competitive rivals offering similar deals, and supply problems caused by huge demand could end up harming his brand. By Rob Lester

Charles Dunstone might be on his way to becoming a billionaire but the Carphone Warehouse founder and chief executive is not ready to slow down just yet. Carphone is in the vanguard of the current UK broadband revolution and Dunstone is in his element. The ultra-competitive 41-year-old is going up against the likes of BSkyB, BT and Orange and clearly relishes the challenge.

Dunstone, who wants to establish Carphone as the main alternative telecoms provider to BT, parked his tank squarely in the middle of the former monopoly’s lawn in April when he launched free broadband for customers who sign up to his TalkTalk landline service.

But the company, which has appointed former Orange marketer Alex Korda as its European marketing chief (MW last week), has been overwhelmed by the massive demand for the internet offer, and people are having to wait up to three months to be connected. Dunstone admitted last month that it had been a “customer service nightmare” and said the problems “drive me to absolute distraction”. 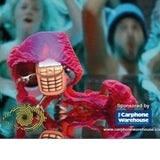 The huge interest in the service has helped Europe’s largest mobile phone retailer increase group revenues by 42% to &£857.6m. But industry experts have warned that the customer service problems it is now experiencing could hurt the company’s reputation.

Earlier this year, Cable &amp; Wireless announced it would stop selling its Bulldog broadband service to consumers following reports of poor customer service. Dunstone claims on his personal blog that Carphone’s issues will be resolved within six weeks, but Ovum broadband analyst Michael Philpott says: “Bulldog should act as a warning. Carphone Warehouse is starting to get a bit of stick and if that continues it will put people off.”

Gartner research director Scott Morrison adds: “Just over a year ago, Bulldog was the darling of the DSL market. But due to exactly the same issue of not being able to connect customers when it said it would, it created a lot of bad press and that precipitated, to some extent at least, Cable &amp; Wireless’ decision to exit the consumer broadband market.”

Dunstone is not used to bad press. Having famously set up Carphone with &£6,000 of savings in 1989, he is now worth &£830m, according to this year’s Sunday Times Rich List. Carphone has more than 1,700 stores in ten countries across Europe, including 669 in Britain, and is one of this country’s biggest retail success stories.

It was as a sales manager at NEC that Dunstone spotted the potential in mobile phones. He noticed that the company was mainly supplying big corporate users but realised that the people who really needed mobiles were small businesses or the self-employed.

Dunstone went on to set up Carphone with school friend David Ross from a flat in Marylebone, London. Matters Media managing director Mike Hellens, who has worked with Dunstone since 1990, says: “Charles took mobile phone retailing to a different level. In the early days it was seen as a bit of a cowboy industry but he applied a level of professionalism to sales that none of the others had and that’s why he won. To some extent he legitimised the whole industry.”

Dunstone and John Caudwell, who owns Carphone’s high street rival Phones4U, now dominate mobile phone retailing in the UK. Caudwell says: “Charles has created a great business and he and I are two of the few people who have survived in this industry and made a great success of it in the long term.” 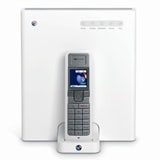 The launch of free broadband means that Carphone will find itself with a host of new competitors. France Telecom-owned brand Orange is offering free high-speed internet access to customers who spend at least &£30 a month on their mobile phones and BSkyB is giving free broadband to its TV customers.

BT and NTL are preparing to roll out their converged offerings and O2 has just bought broadband provider Be for &£50m. Vodafone is also looking at how to incorporate broadband into its strategy, but one operator not looking at fixed-line broadband is T-Mobile. Marketing director Phil Chapman says that the Deutsche Telekom-owned brand is instead concentrating on providing broadband over mobile phones for the foreseeable future (MW last week).

Analysts have talked about the importance of a strong brand in the broadband market and T-Mobile is arguably one of the weaker operators when it comes to brands. But Strategy Analytics senior analyst Sara Harris says: “I think T-Mobile genuinely believes that broadband over mobile is the way to go, although it could also be that nobody wants to partner it. It has a good range of handsets and you need really good models to offer broadband. If it can get this right then it won’t matter that it’s not in fixed-line broadband – but that’s a big if.”

The broadband operators have deep pockets when it comes to advertising but the fixed-line players have also committed heavyweight marketing spend to their broadband launches.

Carphone’s launch of free broadband was labelled “clever marketing” by some observers, but last month the Advertising Standards Authority upheld complaints about its ad campaign over the use of the word “free”.

Broadband as a commodity

Morrison thinks Dunstone decided to offer free broadband to protect his core revenues. “Talking about free broadband is just defining which part of the business you attach least value to,” says Morrison. “Carphone Warehouse is saying voice services have the same value as they always did but broadband is a commodity.

“It’s the same with Sky. The message is partly to the customer because they get to see the word ‘free’, but it is also to investors. The companies are still delivering products at the same price point. Free broadband is a cost of doing business in the market today.”

Philpott thinks launching first has worked in Carphone’s favour but warns that it should not underestimate the competition. He says: “Carphone has had a head start but Charles was a little bit arrogant when he announced the first-quarter results. He almost dismissed the competition but he might get a shock if he thinks they won’t react. If Carphone doesn’t solve the customer service problems it will affect its business.”

The broadband battle looks like being Dunstone’s toughest yet, but it would be a brave man who would bet against him succeeding.â¢