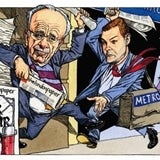 News International’s launch of a free evening newspaper in the capital next month is expected to shake up the market as publishers bid for distribution licences. The response of Associated Newspapers, owner of the Evening Standard and Metro, is eagerly awaited. By Mark Choueke

When the launch date of Rupert Murdoch’s new “urbanite” London newspaper was finally revealed last week, the media industry turned its gaze towards rival Associated Newspapers to gauge its response.

Thelondonpaper – News International’s (NI) evening freesheet, which will launch on the capital’s streets at 4.30pm on September 18 – represents the first blow in a war that threatens to alter London’s newspaper market beyond recognition.

With more than most to lose, Associated’s executives have closed ranks, refusing to comment on how they will defend their traditional territory. The Evening Standard, currently London’s only evening newspaper, reaches 390,000 people, if the free lunchtime Lite edition’s 80,000 copies are included. Freesheet Metro is one of the decade’s newspaper success stories with a distribution of 550,000 in London alone. NI intends to launch with a print run of 400,000 copies.

The Evening Standard is in a particularly vulnerable position. Industry experts estimate it is losing about &£10m every year. Earlier this year, defiant veteran managing director Bert Hardy brushed off the reported threat of NI and other rivals launching an evening alternative, saying/ “Afternoon newspapers are not doing well around the world. There would be no cover price revenue and advertising is having the worst time in a long time. Why would they launch? Because they don’t like the Standard? I wouldn’t like to take that to the bank, quite frankly.” 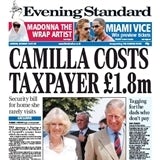 However, with new information on thelondonpaper leaking out by the day, Associated’s executives are battening down the hatches of their war bunker as they discuss their next move. One industry rumour suggests “something big” is already past the planning stage, while other insiders claim that “panic meetings” have been held over the past week. One source adds: “NI is out there winning the PR battle and for now we have to let it. We’re not saying anything right now – in battle it’s sometimes best to keep your powder dry.”

The Evening Standard has a number of different options it could use to defend itself but all come at a significant financial cost. Even if Associated spends heavily over the long term, it would be unlikely to match NI’s firepower. Murdoch’s men have even threatened to use the new free newspapers arm of the company to launch free titles in other UK cities, presenting problems for Metro outside London.

Getting retaliation in first

One option for the Standard would be to increase the number of Standard Lites it distributes to ward off thelondonpaper with an already recognised brand. And reports this week suggest Standard Lite will be scrapped altogether to make way for a free evening newspaper called London Lite. It will give London a third evening newspaper, albeit to frustrate News international’s launch, but runs the risk of crowding the market and confusing consumers.

Meanwhile the Evening Standard could see its cover price rise from 40p to 50p to help pay for the new paper, while being repositioned as a more serious title aimed at an older, business-oriented audience. Indeed, the Standard could find itself a niche corner of the market by parading itself as London’s only quality newspaper.

But such a move would delight those at NI according to one source at the company, who says: “The Standard has repositioned itself a number of times recently. Another move and a price increase would alienate readers, who might then join our readership.” 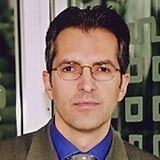 London has historically been a key battleground for newspaper publishers – the Evening Standard successfully saw off Robert Maxwell’s launch of the London Daily News in the 1980s. The reasons for the new interest by a number of publishers in launching a free London title (both NI and Associated are among other publishers bidding for exclusive distribution rights at London Underground and mainline stations) may have something to do with advertisers looking to target the disposable incomes of central London’s young, urban and wealthy workforce. Perhaps more significant is the free newspaper model that Metro has proved can be as successful in the UK as it is around the world – the paper is set to make &£10m profit this year.

NI executives are convinced they are on to a winner. Ian Clark (pictured above left), general manager of News International Free Newspapers, says the new title will be based in Wapping, with advertising, marketing and editorial teams all located in the same office to help “present agencies with a one-stop shop and an open minded can-do attitude”. Big on entertainment, thelondonpaper is to be a “colourful and engaging but serious” newspaper for “media-savvy young people who don’t care what shape their ads are and where they are put, as long as editorial content isn’t bastardised”.

Murdoch, who once predicted a future with only The Times, Sun and Daily Mail surviving, is determined to build thelondonpaper into a 24-hour brand. To that end, mobile and internet offerings will soft launch at the same time as the paper and develop with the guidance of users. Unlike the Evening Standard, which distributes as far as Bournemouth and Milton Keynes, thelondonpaper will be confined almost exclusively to central travel Zone 1, with exceptions including Camden and West Kensington. Clark boasts of giving advertisers the tightly focused consumers they want and says distributors will be linked by computer to NI vans to inform drivers when they are running out of stock.

Press buyers who have seen the dummy of thelondonpaper have been unreserved in their praise. Steve Goodman, managing director, print trading at Group M, says thelondonpaper represents “the result of evolution in newspapers” and enthuses over its “vibrant, daily magazine-type feel”. Kelly Harrold (pictured below right), head of press at ZenithOptimedia, adds: “thelondonpaper is a really strong brand that NI will carry across all platforms. It’s top quality.” 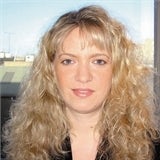 But she warns that while it’s possible London could sustain two evening newspapers if they targeted slightly different markets as thelondonpaper and Evening Standard could, it’s unlikely the market could accommodate a third.

The launch of thelondonpaper clearly creates some harsh realities for the Evening Standard and others. NI’s muscular move to launch before the two distribution licences are awarded will also give other bidders such as Guardian Newspapers Limited and Express Newspapers some food for thought.

Observers say Murdoch has played his hand early and to great effect, simultaneously warding off potential rivals and almost certainly lowering the price of the licence.

Clark concludes: “NI is still interested in the licences, but that isn’t dictating what we do and how we do it. We’re only interested in licences if the price and location of distribution bins are right. If those terms suit, we could be even bigger than the 400,000 our current distribution method allows us.”