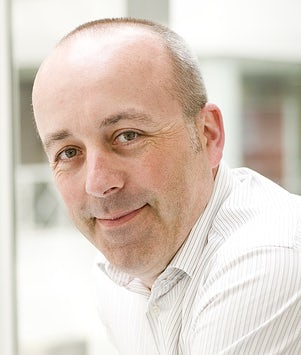 Paul Wright, former director of sales at Sky Digital Media, has been appointed as interim digital director at Bauer Media.

He will oversee the editorial and commercial teams across Bauer’s Lifestyle Division, which includes titles such as FHM, Empire, Heat and Closer. He is covering current digital director Andrea Kilbourne’s maternity leave.

Wright joined Sky in 1996 as commercial director. He left in 1999 to join Sports.com and in 2002 co-founded digital sports agency Aura Sports, which was sold to BSkyB in 2006.

Banking group HSBC Holdings says it has made a resilient start to the year with first quarter underlying pre-tax profit well ahead of last year.

The majority of Europes top football clubs expect to see a high turnover of sponsors in the next five years as the economic climate increases pressure on brands to show a return on their investment.

Tesco has today pulled its advertising from all Facebook group pages after new media age revealed the brand’s ads were being served alongside inappropriate and “offensive” content. The move is a policy change for Tesco, which will now only advertise on the Facebook home page or profile pages. The issue of ad misplacement on the […]