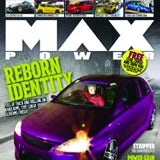 The publisher says that it is “suspending” the title but that the brand will live on with one-off and special issues.

The last regular issue of the title will be the February edition, on sale 12 January 2011 and will celebrate Max Power’s “colourful, loud and irreverent history”, according to the publisher.

The title was launched in 1993 and also held a series of annual Max Power Live events until 2007. However, its circulation and readership has declined steeply. Its ABC figure for 2009 showed an average net circulation of 20,589.

The leading magazine publishers have been trimming their print portfolios with cullings and sell-offs while they investigate potential digital revenues from platforms such as the iPad. Bauer has just announced that it wants to work closely with brands for content creation and partnerships.

It is not yet known when or if Gaz7etta will be rolled out as a news-stand title.