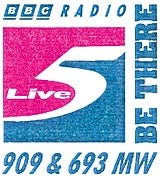 The BBC has appointed a chief radio marketer. Radio strategist James Tatam takes over from Vanessa Griffiths, who is leaving the corporation to be head of marketing at Discovery Networks Europe.

Tatam will become head of strategic marketing for radio when Griffiths leaves at the beginning of August. At present, he works in the BBC’s policy and planning department. Tatam will have responsibility for marketing Radio One, Two, Three, Four, Five Live and digital radio.

He will report to marketing and communications director Matthew Bannister and work closely with director of radio Jenny Abramsky.

BBC Radio has been renamed BBC Radio &amp; Music, under Abramsky’s control. The move means music will be represented as a speciality on the BBC’s executive board for the first time.

The Radio Online and Digital Radio teams are being merged to form a Radio New Media department. Meanwhile, the radio business units are being reduced from 15 to eight.