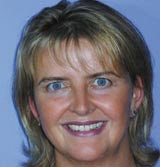 The BBC has appointed a new marketing chief who will be responsible for marketing the organisation and its programming to the regions and eliminating its Southern and London-centric image.

Jacky Brandreth, acting head of BBC marketing strategy, is to take on the new role of head of marketing, communications and audiences for nations and regions from November.

Andy Duncan, BBC director of marketing, communications and audiences, admits that the Beeb is not as strong as it could be when it comes to engaging the interest of viewers in certain areas of the country. “At worst, the BBC can be seen as Southern or London-centric,” he says: “The new role is about making sure all audiences are aware of the most relevant programmes for them and also trying to get the flavour of audience thinking from different parts of the UK. This can then be inputted in strategic and marketing decisions.”

The appointment reflects the growing power of national and regional assemblies and comes after the BBC has put money into developing local services, such as the new media experience in Hull.

Brandreth has had spells as head of marketing for BBC1 and as marketing director for BBC World. She took up her present post at the beginning of the year, standing in for Helen Kellie, who is returning from maternity leave. The BBC has also appointed Arabella Hastie, senior brand activation manager at Lever FabergÃ©, as head of marketing for the BBC’s English regions.