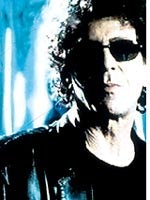 The BBC board of governors has given the green light to plans to hive off the corporation’s Broadcast &amp; Presentation division as a separate commercial entity. The move will enable it to compete for creative work from third parties.

B&P, which includes creative services and media planning, could be operating as a company from as early as January if the Department of Culture, Media and Sport gives the go-ahead to the BBC’s plans.

The hiving-off of B&P is in line with the Government’s demand that the BBC should use its assets to create extra income to go towards programme making. Earlier this year the BBC commercialised BBC Technology and BBC Resources.

B&P, headed by Pam Masters, is barred from competing for business from outside the BBC (and joint venture partners such as UKTV) by fair trading regulations. But if the move goes through, B&P will be able to use its expertise to make programme trailers for third-party broadcasters and advertising campaigns for independent clients. Ad agencies will also be able to use the services of B&P to produce ads.

BBC head of marketing strategy, planning and brand guardianship David Grint is responsible for managing the relationship between marketing and communications and B&P. The decision to establish B&P as a commercial operation follows Channel 4’s move in July to commercialise its in-house creative team, 4creative.