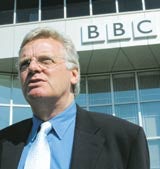 BBC chairman Michael Grade has slammed culture secretary Tessa Jowell’s suggestion that the corporation’s &£2.8bn licence fee income should be shared with other broadcasters as “a thoroughly bad idea”.

Delivering the BBC board of governors’ response to the Government’s proposals for the future of the BBC, contained in the Green Paper launched by Jowell in March, Grade rounded on the idea of “top-slicing” the licence fee. Under the scheme, ITV or Channel 4 would be able to pitch for funding from the licence fee for public service programming in the areas of the arts, religion and education.

“This would break the clear and well-understood line of accountability between the BBC and the licence-fee payer. It runs entirely counter to the need to increase accountability, a key emphasis in the Green Paper,” he said.

He continued: “It would pose a threat to the political independence of the BBC, handing a punitive fiscal Sword of Damocles to any unscrupulous government that wanted to bring the BBC to heel. And it would seriously weaken the BBC’s ability to invest in content at a time when the provision of public service programming from other public service broadcasters is in doubt.”

Grade told the Westminster Media Forum that using the licence fee to solve a theoretical future deficit in public service broadcasting provision is not good news for viewers or listeners.

But he added that in general terms, the governors are positive about the Green Paper.