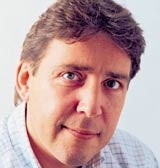 The move follows the 2002 restructure of BBC Magazines’ ad sales into four groups: interests; Radio Times and Top Gear; women, youth and children; and the key customer group (MW October 10, 2002). The key customer group is responsible for sponsorship and client sales across all BBC titles.