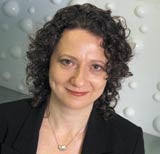 Rose, who takes over the role in September, joins Centura from BBC Magazines, where she has been marketing planning director since 2002.

She will be responsible for the development and marketing of a number of brands including Sharwood’s, Bisto, Robertson’s, Paxo and Saxo, and will report to Centura managing director Ginny Knox.

Rose joined the BBC four years ago, starting as marketing director for the corporation’s lifestyle magazines before scooping the top job as part of a centralisation of the department.

She also has several years’ experience in the food industry and held marketing positions at HJ Heinz and Cadbury Trebor Bassett.

Knight, who was with Centura for four years, is due to take up the role of marketing general manager for pickles and sauces at Premier this summer, and will handle brands such as Crosse &amp; Blackwell.

She replaces John Steele, who left the company in April to set up his own marketing consultancy.