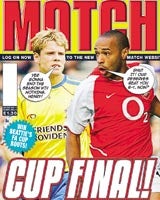 Fast cars and the noise of a roaring engine are not just exciting to a Grand Prix driver or Formula One enthusiast. BBC Magazines believes boys also want to immerse themselves in the fantasy of fast cars, and this month it will road test a motoring magazine for youngsters.

BBC Top Gear Turbo is targeted at “car mad” boys aged between eight and 12 years old. But the BBC admits that the title, an offshoot of the existing Top Gear magazine, is also likely to appeal to older boys.

Though the magazine is being welcomed by press buyers, who see the launch as filling a gap in the market, there are concerns that a motoring title for young boys could encourage irresponsible driving or even joyriding.

A spokesman for the Royal Society for the Prevention of Accidents (RoSPA) says: “We would hope that the magazine does not encourage joyriding. But we know that young children are fascinated by cars and speed, and that there have been cases of boys indulging in joyriding when encouraged, even though it is illegal.”

Top Gear publisher Adam Waddell refutes such concerns and says that the magazine will be a responsible read: “Turbo is about fuelling children’s enthusiasm about cars and motoring. I don’t see any direct relation between admiring the engineering and aesthetics of a car and irresponsible driving.”

BBC Top Gear Turbo, released on May 23 with an 80,000 print run, will initially be a one-off, but if sales are successful the BBC sees a potential to turn it into a permanent title. Top Gear Turbo will sit alongside Top Gear and other motoring titles on newsstands and will have a cover price of &£1.95.

Waddell is quick to point out that the magazine does not have any car brands as advertisers. Even if there were, the Advertising Standards Authority’s codes state that the predominant message in car advertising should not feature claims about speed or acceleration.

However, one rival publisher says of Top Gear Turbo: “It will be foolhardy on the BBC’s part not to expect some kind of backlash from concerned parents who will raise issues about irresponsible driving, especially as the magazine is expected to attract older boys in the age group of 14 upwards.”

Steve Goodman, director of press buying at MediaCom, rubbishes all such concerns and says that the title is more likely to attract young boys interested in posters of Ferraris and other fast cars.

Publisher of trade magazine Comics International, Dez Skinn adds: “The magazine will be about escapism, just like Superman comics.”

Comics top the list of favourite reads for boys aged between eight and 12 years old. According to BMRB’s Youth TGI 2003 research data, 24 per cent of boys in this age group read The Beano. This institution is followed by Official UK PlayStation Magazine, Computer &amp; Video Games, Official PlayStation2 Magazine, What’s on TV, Dandy and Match.

Publishers insist that young boys are tougher to target than young girls, because of their “minimal” reading habits and also because of short attention spans. Publishing director of EMAP’s Max Power, and a former publisher of Match, Steve Prentice says: “At EMAP we have looked into the possibility of launching titles about skateboarding and other similar activities, but have always found that it is hard to talk to eightto 12-year-olds because it is difficult to keep track of what they really want.

“Even though Match has sustained well in that market, I know that it is very difficult to talk to young boys about football in a magazine format.”

The BBC has also encountered difficulties in catering for boys aged eight to 12 years old. In 1999, the BBC launched a general interest title for boys called FBX (For Boys eXclusively) – published every four weeks and costing 99 pence. It offered comic strips linked to TV favourites such as Goosebumps and Wacky Races, but only lasted two years.

IPC has also made a number of changes to its Shoot magazine in a bid to increase appeal among its target market. IPC acquired soccer title 90 Minutes from Dennis Publishing in 1992, and merged it with Shoot in 1997, a title catering to a similar market. Shoot began as a weekly but is now a monthly magazine for young football fans.

However, children’s magazines are still seen to have potential, and successful adult publisher John Brown Citrus Publishing is about to enter the market after acquiring specialist children’s publisher Act-Two (MW last week).

The industry sees the launch of Turbo as yet another attempt to encourage boys to read and lure them away from video games, which have supplanted comics in terms of vibrancy, immediacy and excitement. Games allow youngsters to become the protagonists in their own action, sport – and even driving – adventures.

Magazine experts do concede that while magazine demand currently lies with titles about computer games and football, boys are becoming interested in specific interests such as motoring. BBC Top Gear Turbo might make it to pole position on the magazine racks, but it must keep a close eye on responsible coverage in case, at some future court hearing, a juvenile blames the magazine for influencing his boy-racing antics.