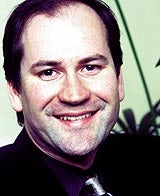 The BBC has appointed head of BBC Sport for TV and radio Bob Shennan as controller of Radio 5 Live.

The position has been vacant since Roger Mosey became head of television news in December 1999. Mosey had held the post since the beginning of 1997.

Shennan joined the BBC in 1987 as a trainee producer at Radio Sport. By 1994, he was head of Radio Sport and Outside Broadcasts and part of the team that launched national news and sport station Radio 5 Live. He became head of BBC Sport in 1997.

Shennan will take up his post in July and join the BBC Radio management team, reporting to director Jenny Abramsky.

Abramsky says: “I am pleased someone who has nurtured Radio 5 Live will be taking the network into the future.”

Shennan was appointed by Abramsky and BBC News director Tony Hall. The station was part of BBC News but became a division of the radio directorate following Greg Dyke’s restructure.

Radio 5 Live is being challenged by Kelvin MacKenzie’s Talk Sport, which changed its focus to sport at the beginning of this year and has been fighting for radio broadcast rights to sporting events. It poached this winter’s England cricket team tour from the BBC station.

But, according to the latest Rajar figures, Radio 5 Live has increased its weekly reach to more than 6 million for the first time. This compares with TalkSport’s 2.2 million.