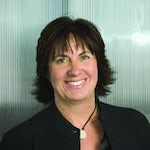 Earlier today (13 October) it was announced that the broadcaster’s marketing, communications and audiences division will merge with the expanded operations group, led by the BBC’s chief operating officer, Caroline Thomson.

As part of the restructure, marketing director Sharon Baylay is to leave.

A BBC spokesman said that it was holding off on any immediate changes within its marketing team, and says it will see how Baylay’s departure impacts ‘further down’.

However, the spokesman confirmed the corporation would be continuing with its principles of making the operation more “efficient”.

Mark Thompson in an email to staff today says there will  “inevitably [be] some outside of the BBC will speculate about what this means in terms of our priorities.”

“I would like to be very clear that my objective is simplification – simplifying reporting lines, simplifying structures and reducing the number of senior managers,” he adds

Thompson also thanked Baylay for her contribution to the BBC’s recent marketing review, which has seen five senior posts reduced to two, and praised her “candour, energy and passion” she had brought to the role.

Baylay will go on maternity leave in November, and will officially leave the company next year.

It has also been confirmed that the shortlist of the BBC’s advertising agency roster, which has been under review since January, will be announced at the end of November.

The corporation currently works with Fallon and Rainey Kelly Campbell Roalfe/Y&R, among others. 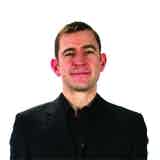 John Lewis should be commended for its considered approach to generating sales via mobile in the run-up to Christmas (MarketingWeek.co.uk 5 October).

Google’s share of US search spend increased in the third quarter of the year, despite the merger of Yahoo’s and Microsoft’s search platforms.