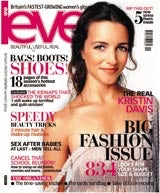 BBC Worldwide is putting women’s glossy magazine Eve and its new quarterly fashion title What to Wear up for sale following a review of the BBC’s commercial activities conducted by director-general Mark Thompson.

Thompson, who unveiled his vision for the BBC yesterday (Tuesday) following a review that began in June, has also said that the advertising of BBC Worldwide magazines on air should stop.

The steps will be welcomed by rival publishing groups, which have long complained that the BBC has unfairly used its airtime to promote its magazines and position as a public service broadcaster to develop its business.

There has been much speculation about the future of BBC Worldwide, which also includes a stake in UKTV, a joint venture with Flextech.

Thompson has concluded that the BBC should remain the long-term owner of Worldwide’s television channels business, TV sales and magazines.

However, he has specified that the magazine business should focus more on brands and subjects connected to the BBC’s core programmes and mission. Hence the decision to offload Eve, What to Wear and in the case of Origin, the publishing company BBC Worldwide recently acquired, titles that do not reflect core BBC genres.

BBC Worldwide will also be forced to rein back its books, learning and other businesses that lack scale and consider entering joint ventures or partnerships, or selling off the enterprises.

First Choice has handed its biggest ad campaign of the year to a company called Phoenix, rather than roster agency Walsh Trott Chick Smith. According to Nielsen Media Research, First Choice spent &£1.5m on advertising last January – the key booking period for tour operators. First Choice is spinning the animated characters created for its […]

J Walter Thompson is to roll out its strategic customer relationship marketing operation rmg:connect. The network was launched in February 2002 and will be managed by Philip Greenfield, chief executive of OgilvyOne Europe, Middle East and Africa.

Asda is relaunching its Good For You (GFY) range, repositioning it as a brand that offers all shoppers a healthy-eating alternative, rather than as a diet brand. The move is something of a U-turn for the retailer, which last year reviewed the criteria for the range, to include only products with less than three per […]