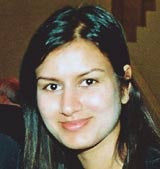 Kotecha joins from the position of marketing controller at BSkyB. Her previous jobs include marketing communications manager at Virgin Atlantic Airways and European marketing manager at Debonair Airways.

Her responsibilities at BBC World will include developing marketing strategy and managing the international team, based in London, Singapore and Delhi. She reports to director of marketing Jane Gorard.

At BSkyB, Kotecha was responsible for developing and implementing the annual marketing plan with a focus on increasing subscribers in the business market.

BBC Worldwide, the division in which BBC World sat until December 2002, appointed WARL Change Behaviour to handle a &£1m campaign for the channel last July after a pitch against BBC roster agency DFGW (MW July 25, 2002).

Advertisers on the channel, which claims a reach of more than 253 million homes worldwide, include American Express, Barclays, Microsoft and Mitsubishi.