Last night (7 October) millions of viewers tuned in to BBC One to see the crowning of Nadiya Hussain as this year’s Great British Bake Off champion.

The show has become a national institution after six series, consistently attracting around 12 million viewers per episode, but its wider effect on kitchenware brands is even more powerful according to new analysis of search keywords from marketing consultancy Summit.

Searches for baking products online have increased by an average of 22% since the current series began on 5 August, but even more significantly, sales of baking products have risen by 214% compared to the weeks before it started at a selection of retailers analysed by Summit. “Baking is clearly becoming a lot more popular,” says Ben Latham, director of digital strategy at Summit. “There is such a big jump in search activity when the show starts. People completely get behind it and it is having a greater impact every year.”

The first programme of the new series triggered a 112% increase in searches for baking products compared to the previous night. The rise was slightly more modest at 55% following the second episode and 22% after the third episode, suggesting that as the average interest in baking increases, the day-by-day interest levels out. Searches for baking products spiked in the week commencing 24 August, according to the data, which shows a 136% increase compared to the corresponding week in June. Searches peaked again during the week of 14 September, increasing 200% compared to the same week in July.

Brands associated with the show also stand to prosper. There was outrage on social media at the beginning of this series when viewers noticed that KitchenAid mixers had been replaced with rival Kenwood’s cheaper kMix model.

BBC rules prohibit product placement so the switch was not made as part of a sponsorship deal. Instead, the broadcaster says it regularly reviews and changes equipment where possible so as not to give prominence to one brand. 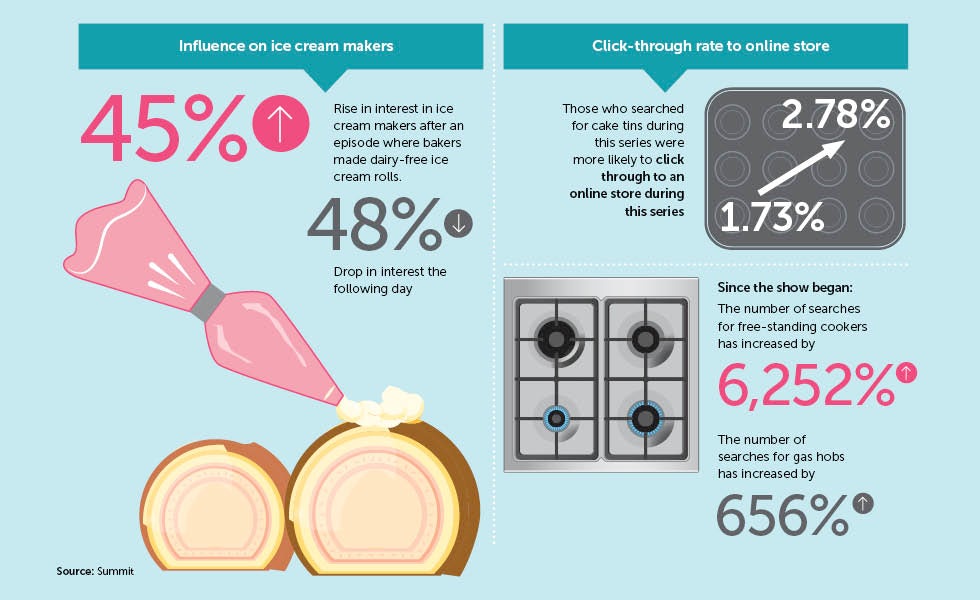 “Even high-ticket-price items are seeing huge increases in demand,” adds Latham. “It could be that people are planning for Christmas but this is prompting them to start earlier. It’s fascinating that the volumes have been so high and from a retailer’s perspective they have seen a good number of sales as well, which says it’s not just people searching and being aspirational, it’s actually people completing the transaction too.”

Likewise, searches for ice cream makers hit the highest number all year on the day contestants had to make a dairy-free ice cream roll during the fifth episode of this series. Interest rose by 45% compared to the day before, however it was short-lived as it fell 48% the following day and by 13% the day after.

During the week when contestants were asked to make bread a fortnight earlier there was not the same spike in interest for bread makers, but it has been steadily rising throughout the series: the number of searches for bread makers has increased by 106% since the show’s launch.

All these additional searches are having an affect on sales too and people’s intent to purchase is higher as a result. Those who searched for cake tins during this series of the Bake Off, for example, were more likely to click through to an online store than those searching before it began, with the rate increasing from 1.73% to 2.78%.

The gross value of sales amassed while the Great British Bake Off has been on air has increased by an average of 392% compared to the five weeks leading up to the show and the number of unit sales has increased by 214%.

Twitter has appointed Jack Dorsey as its new CEO and his strategy will focus on making Twitter easier to understand, a clear sign that marketing will be a major priority going forward. 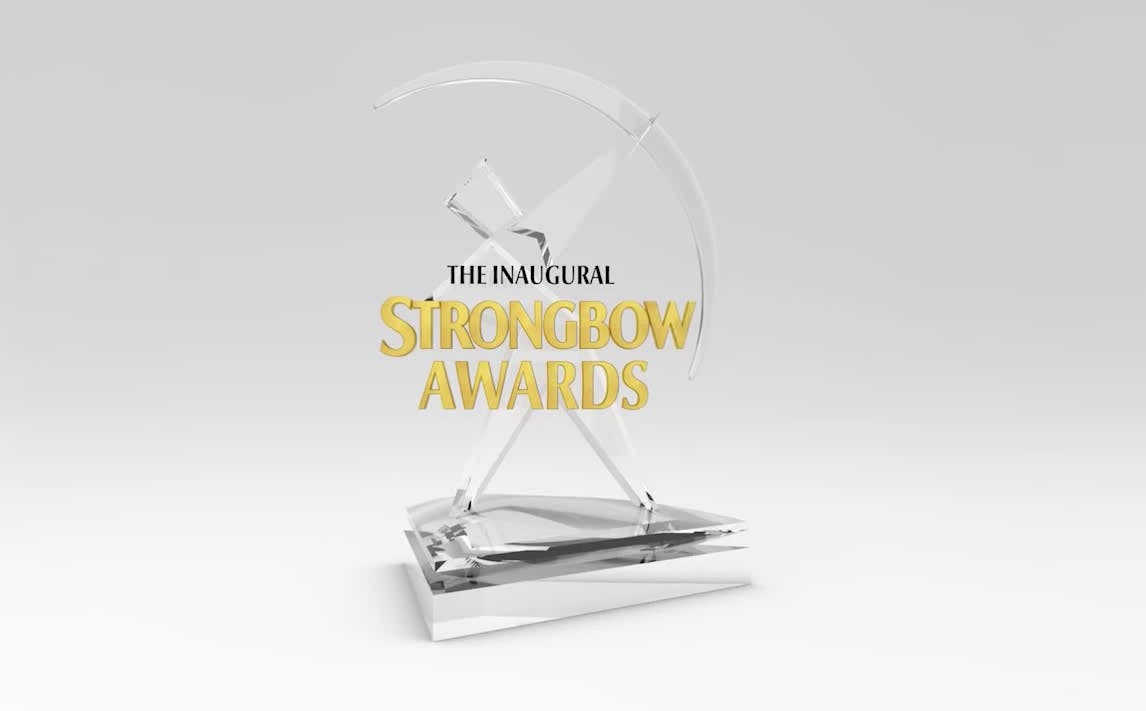 A Strongbow ad has been banned by the Advertising Standards Authority after a complaint by the Youth Alcohol Advertising Council and Alcohol Concern, which claimed that it portrayed alcohol as indispensable or taking priority in life.

With senior marketers from the likes of Mastercard, Nestlé and Tui attending, here are the three key takeaways from Marketing Week and Econsultancy’s Get With Programmatic event.