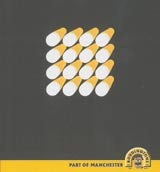 The Belgian brewer is thought to be consolidating its accounts within one agency. BBH handles the Boddington’s and Murphy’s account, worth &£5.35m and Mother holds the &£9m advertising business for Castlemaine XXXX.

The review will not affect the Stella Artois brand, which recently appointed Lowe to its global advertising business, taking it out of the hands of McCann-Erickson in several territories (MW January 30). Lowe already held the account for the premium lager in the UK, where it is worth &£8m.

The company also recently promoted its global marketing chief Brent Willis to the role of chief commercial officer (MW July 10). He will begin his new role, which also encompasses sales, on September 1.

Interbrew UK has also realigned its board and promoted UK and Ireland regional president Stewart Gilliland to the position of zone president for Canada. He is being replaced by Interbrew US president Steve Cahillane.

Companies considering sponsoring a sporting venue are playing a risky game, as they may not get all that they bargain for, says Daniel Thomas

The strike by BA staff has caused widespread disarray and has won little sympathy from the public. And all for an argument the strikers cannot win, says George Pitcher