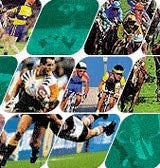 Paddy Power, which has built a 30 per cent share of the Irish betting market in 12 years, is launching a UK betting website and interactive television betting on NTL at the start of next year. It is also opening a handful of betting shops.

BBH won the account after a pitch, though Paddy Power declined to name the rival agency. Ads will break at the beginning of next year through press and posters, but not on television because TV ads for bookmakers are banned.

Paddy Power has built its name in Ireland through taking controversial bets, such as whether the Pope would join Glasgow Rangers and the colour of the Queen’s hat at Ascot.

Stewart Kenny, managing director of holding company Power Leisure, says Paddy Power has re-invented betting through promoting it as a form of entertainment, rather than as a means to get rich.

“We have given up on the con-job that you can make money out of gambling – it is a way to spice up watching television,” he says. “When we launch in January, we will use all sorts of advertising – it will be a lot more adventurous than standard bookmakers’ ads.”