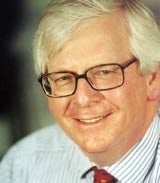 The broadcast advertising industry is making a last-ditch attempt to stave off severe restrictions on when food and drink ads can be shown, by tightening its code on the content of TV ads.

BCAP, the self-regulatory code-setting body, is proposing a number of changes to its guidelines, such as not targeting children under the age of ten with offers like collectibles and giveaways, or licensed characters. The proposals will also stop ads encouraging children to eat or drink products simply to obtain a promotional offer.

Other suggestions include showing no ads for products high in fat, salt or sugar during children’s programming and stopping all food and drink advertising during programmes aimed at children. A fourth option asks for workable suggestions from interested industries.

All of the proposals will include the BCAP code for restricting content.

Ian Twinn, director of the Incorporated Society of British Advertisers, says Ofcom will be “under pressure to be strict” on regulating the scheduling and volume of advertising, but he has called for it to consider taking a more relaxed stance in return for the stricter code on content.